Moebius 2 is the second volume of a limited edition of 1500, signed & numbered hardback collection of beautiful, bound, books published by Graphitti Designs that collects and reprints the acclaimed trade paperbacks that were originally published by Marvel/Epic Comics.

The book jacket of Moebius 2 features an illustration of private eye Pete Club (the protagonist of Dan O’Bannon and Moebius’ short story The Long Tomorrow) looking from high over a vertical futuristic cityscape below, centred and framed on a warm pastel tangerine (originally this cover illustration featured on the pastel blue cover of Marvel/Epic Comics’ Moebius 6: Pharagonesia & Other Strange Stories paperback). Once the book jacket is taken off, it reveals underneath an earthy teal faux leather hardcover with embossed gold foil stamped “Moebius 2” signature styled title and in the bottom-right hand a unique embossed Starwatcher hand drawn styled circular icon (but unlike Moebius 1 without gold foil).

This volume collects Moebius 4: The Long Tomorrow & Other Science Fiction Stories, Moebius 5: The Gardens of Aedena and Moebius 6: Pharagonesia & Other Strange Stories which contains the following Moebius works:

The Long Tomorrow,
It’s A Small Universe,
There is a Prince Charming on Phenixon,
Variation N°4070 on “The” Theme,
Approaching Centauri,
Blackbeard and the Pirate Brain,
Christmas on Lipponia,
The Artifact,
Split, the Little Space Pioneer,
Is Man Good?,
The Gardens of Aedena,
Journey to the Center of an Unfaithful Body,
Hit Man,
Shore Leave on Pharagonesia,
Absoluten Calfeutrail,
The Hunt for the Vacationing Frenchman,
White Nightmare,
The Apple Pie,
Double Escape,
Rock City. 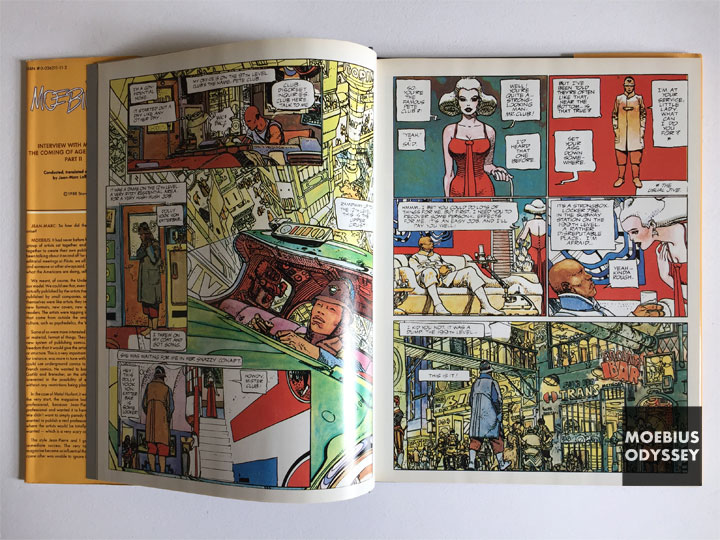 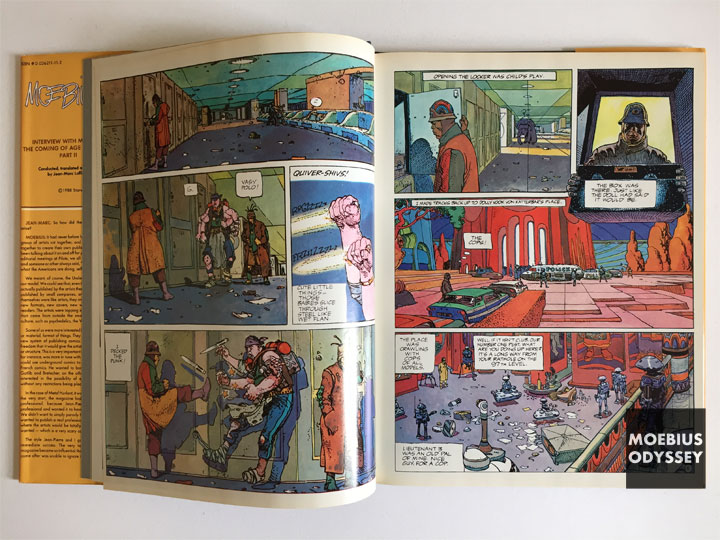 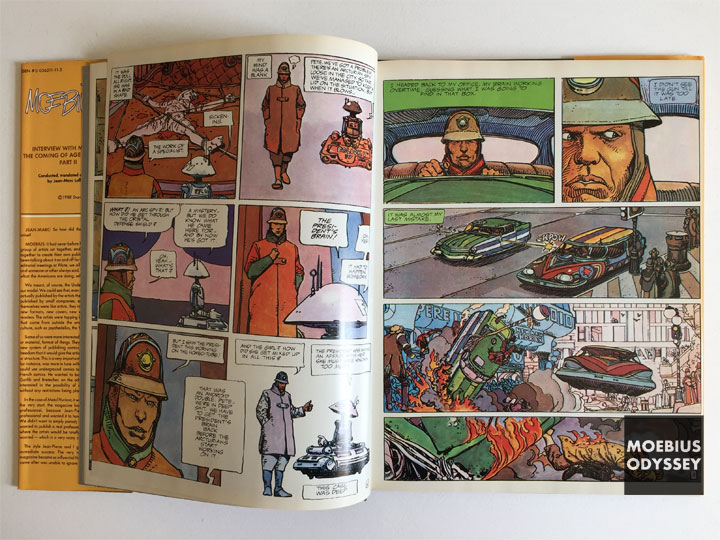 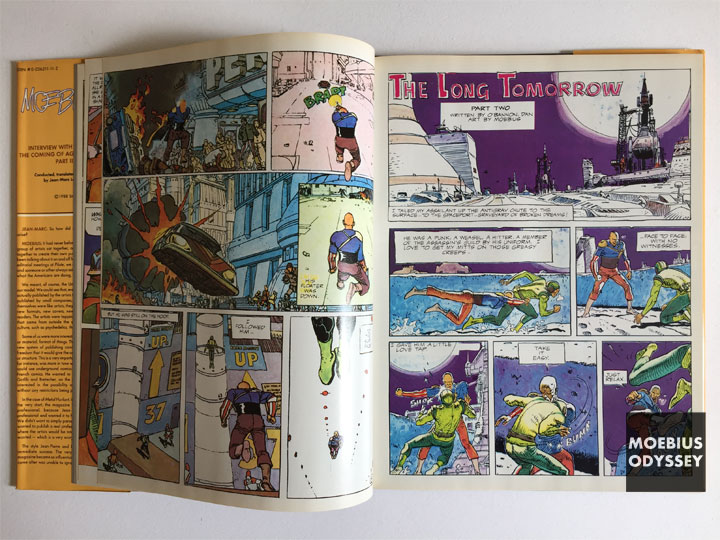 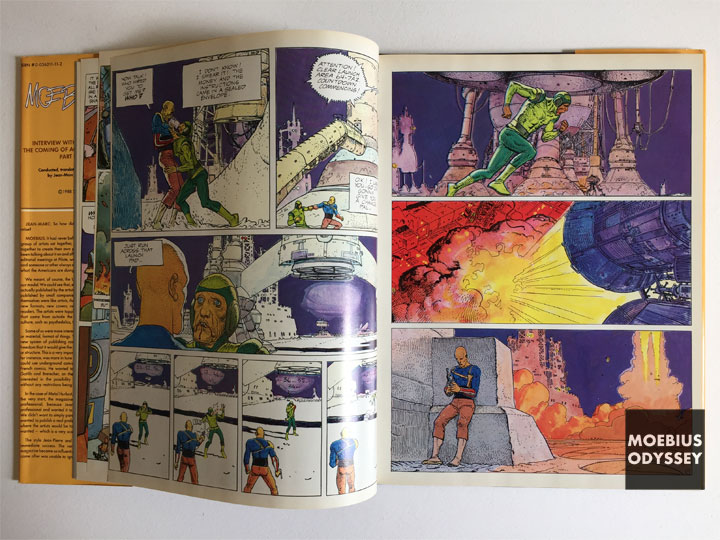 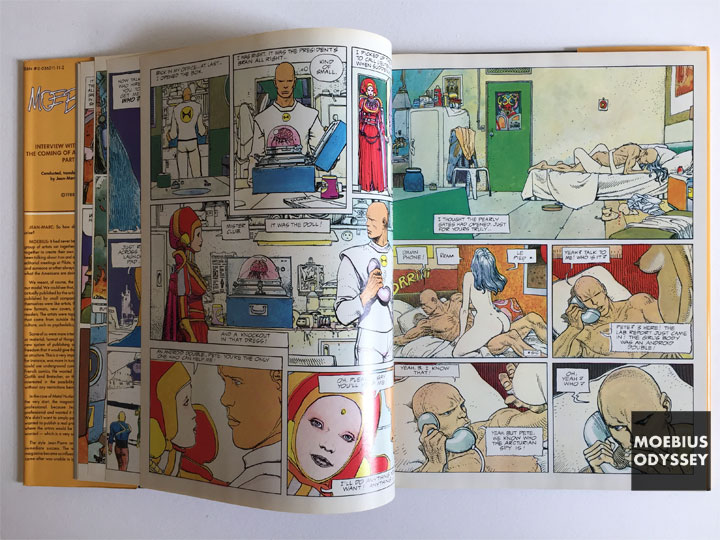 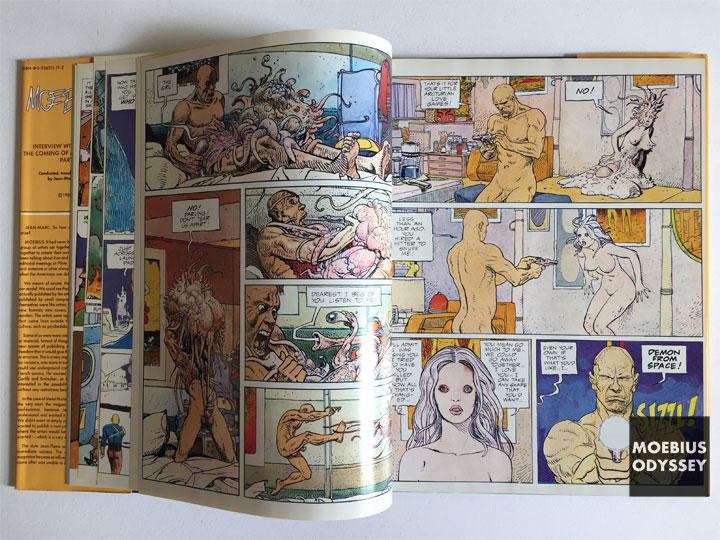 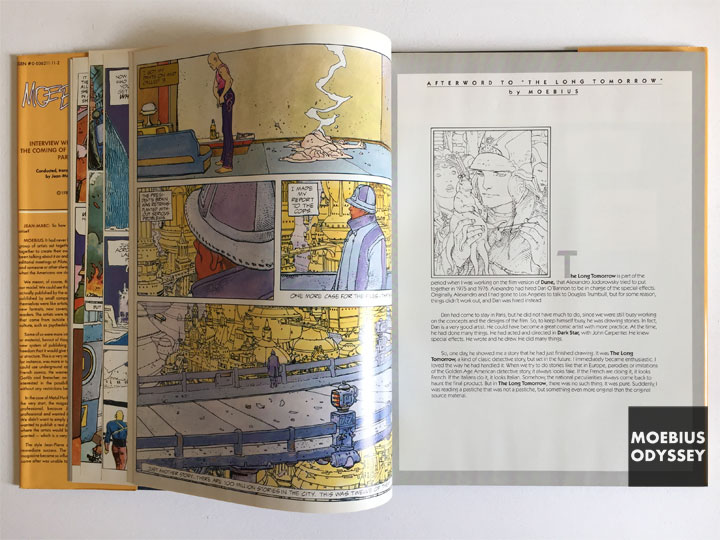