Moebius 1 is the first volume of a limited edition of 1500, signed & numbered hardback collection of beautiful, bound, books published by Graphitti Designs that collects and reprints the acclaimed trade paperbacks that were originally published by Marvel/Epic Comics.

The book jacket of Moebius 1 features an heroic portrait of Major Grubert of the Major Fatal series (with a likeness based on American actor Clint Eastwood), centred and framed on a tasteful pastel pink (originally this cover illustration featured on the pastel cyan cover of Marvel/Epic Comics’ Moebius 3: The Airtight Garage paperback). Once the book jacket is taken off, it reveals underneath an attractive burgundy faux leather hardcover with embossed gold foil stamped “Moebius 1” signature styled title and in the bottom-right hand a unique Starwatcher hand drawn styled circular icon. The impressive attention to detail on the presentation of these books alone is remarkable and feels high quality when held. The deluxe gold foil stamped illustration on the cover is reminiscent of the silver foil stamped illustration gracing the cover of the Silver Surfer: Parable hardback.

This volume collects Moebius 1: Upon A Star, Moebius 2: Arzach & Other Fantasy Stories and Moebius 3: The Airtight Garage which contains the following Moebius works:

The Repairmen,
Upon A Star,
Aedena,
Celestial Venice,
Arzach,
The Detour,
The Ballade,
The White Citadel,
Ktulu,
The Legend of Arzach,
Major Fatal,
The Airtight Garage. 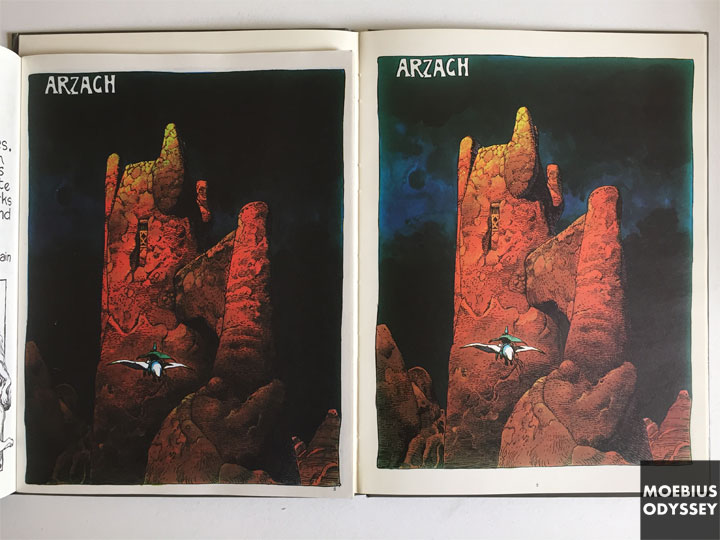 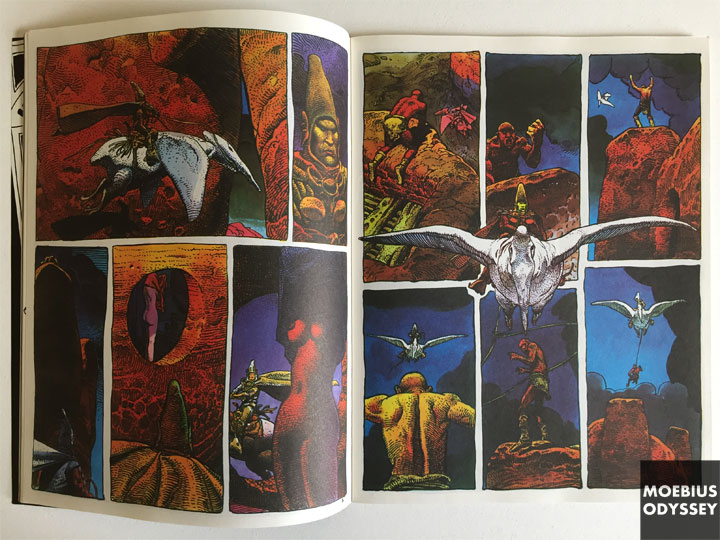 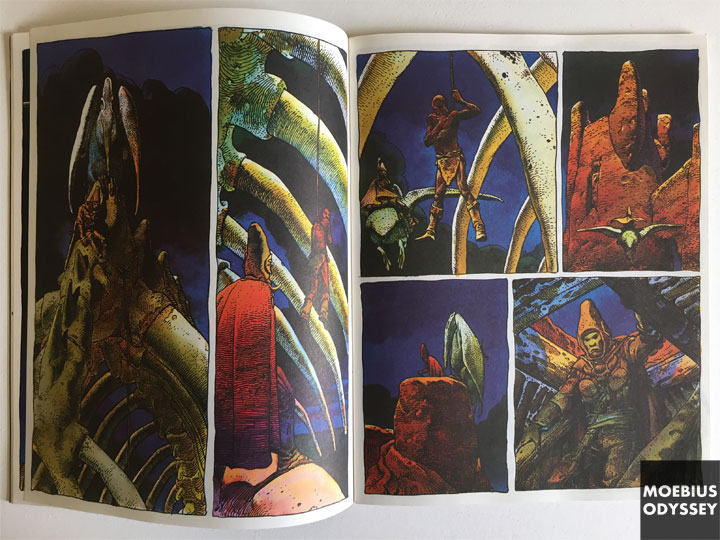